After sustaining an injury in a motorcycle accident, you are left to face a long road toward physical, mental, and financial recovery. You likely have substantial or ongoing medical bills to pay, and you may not have a source of income if you are unable to work. By filing a personal injury claim, our Chicago motorcycle accident lawyers can help you obtain the compensation you need.

How Can a Lawyer Help Me After a Motorcycle Accident?

After an accident it can be easy to think that an insurance company will come through for you. However, contrary to what they say, insurance companies are not often on your side, and for good reason. At heart, insurance companies are a business who first and foremost care about their bottom line more than ensuring injury victims are properly compensated. Additionally, there is often a “motorcycle biased” against injured motorcyclists.

Meaning that it can be more difficult to recover proper compensation as insurance providers easily assume that because you were injured in a motorcycle accident you were riding dangerously, or you were injured because you choose to live a “higher risk lifestyle.” Our experienced motorcycle accident attorneys know how to navigate this legal system and will fight for the compensation and justice you deserve after suffering injuries from a negligent motorist. We offer free initial consultations, so you have nothing to lose by contacting our experienced team today. 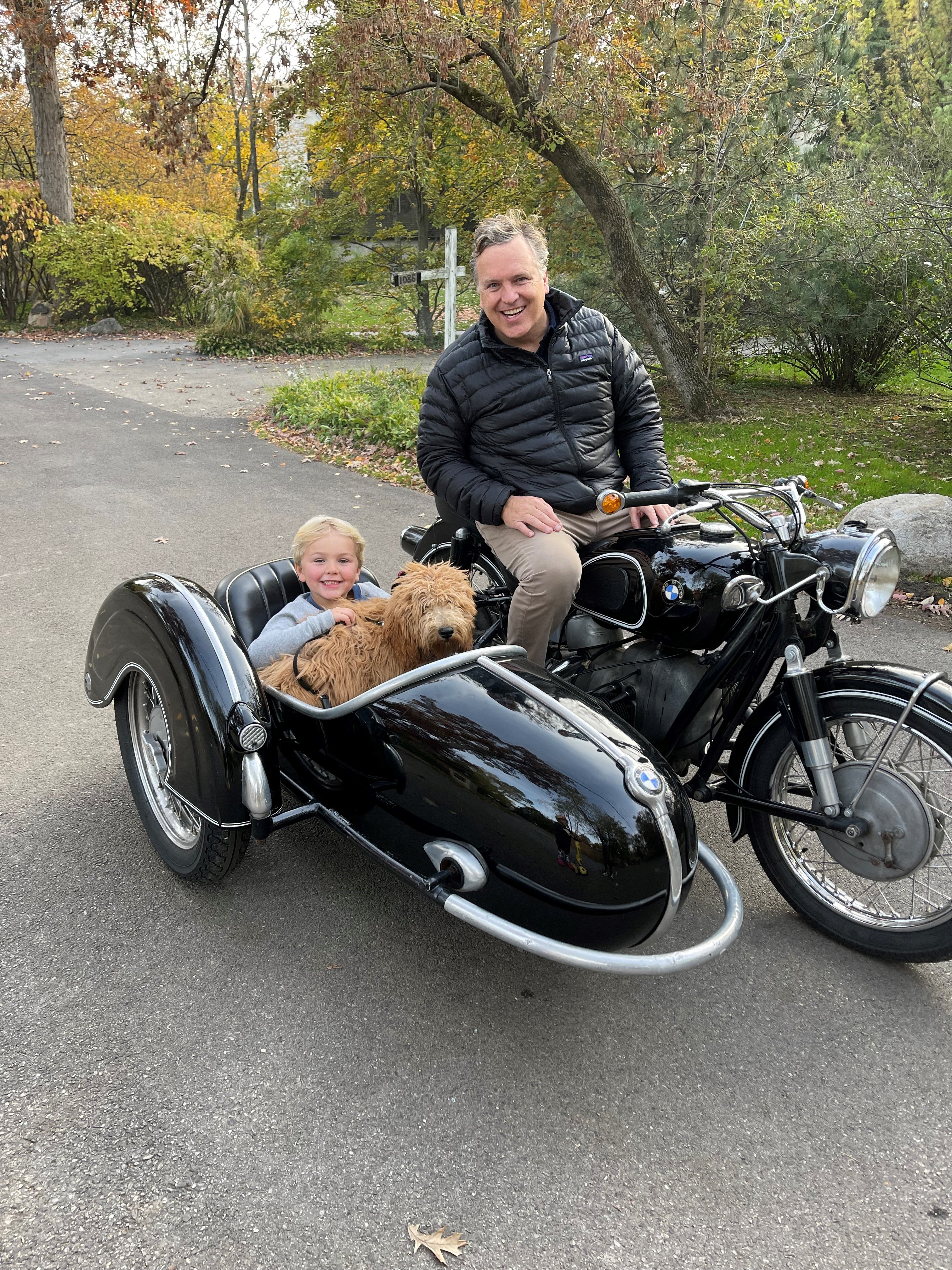 According to the Illinois Department of Transportation in 2017, 2,514 motorcyclists were injured in accidents and 160 motorcyclists were killed. In fact, Nationally, motorcyclists are 30 times more likely to suffer a fatal injury compared to drivers of cars. By far, the majority of these accidents occur on city streets, like those in Chicago. This evidence shows how dangerous our city’s roads can be for motorcyclists – even those who ride safely and wear protective gear.

Unfortunately, many car and truck drivers fail to properly share the road with motorcyclists. As such, motorcycle accidents are a far-too common occurrence. If you have been involved in an accident, its important to select an attorney who understands the unique challenges faced by motorcyclist driving in an urban area.

Motorcycle accidents are often caused by:

Ted McNabola is an avid motorcycle rider who started with motocross when he was eight (8) years old and has been riding ever since. Ted has owned a 1966 BMW R69S with a Steib side car for over thirty (30) years along with a 2005 Triumph Bonneville.

He is also actively involved in helping Chicago’s motorcycle community as a way to give back to the motorcycle community. He started a program called “McNabola Motorcycle Rescue” that provides free tow services to motorcyclists involved in a collision in the Chicago area. Also, McNabola & Associates, LLC is a supporter of the Distinguished Gentlemen’s Ride which is a global event raising funds for cancer and mental health throughout the world.

Since Mr. McNabola is a rider himself, he is uniquely qualified to understand the challenges and risks faced by motorcyclists, especially those in urban areas. There is no doubt motorcyclists are the victims of careless drivers for many reasons including the inability of other drivers to “recognize” motorcyclists along with outright hostility towards motorcyclists.

Ted McNabola has had the privilege of representing over one hundred (100) motorcyclists who were injured as a result of the negligence of others and would welcome an opportunity to discuss your case.

Why are we doing this? Because we’re riders too, and our Chicagoland law firm is committed to assisting those injured in motorcycle accidents in every way possible. From cruiser motorcycle accidents to sport bike accidents to incidents involving uninsured motorists, providing legal representation to riders who have been involved in collisions has long been a cornerstone of our firm’s mission.

Offering free tows without requiring compensation simply felt like a logical extension of our mission. McNabola & Associates, LLC plans to continue its efforts to educate the public on all things related to motorcycle claims. MMR will give us a chance to interact with riders in a new and meaningful way.

Get started on your case today with a free consultation.

At McNabola and Associates, we believe there’s more to practicing law than filing lawsuits. We care deeply about the people we represent, standing beside them in court and riding alongside them in life. There’s no better example of this than Founding Partner Ted McNabola’s participation in Jay’s 5,000 Mile Rally Adventure.

A client of McNabola and Associates, Jay Scher is a quad amputee who lost both his arms and legs, along with his vision, after catching a rogue sepsis infection that threatened to take him out of the game for good. However, his tenacity and fight to survive made sure that didn’t happen. The former triathlon has overcome every adversity thrown at him over the past several years.

We are honored to be able to support him not just in the courtroom, but on the open road where he’s always felt most at home.

In this next adventure, a team of eight riders will embark on the legendary Alcan 5,000 Rally, traveling across British Columbia from the Pacific Northwest, into Alaska, and across both the Yukon and Northwest Territories. Jay will be along for the ten-day distance rally (from August 22, 2022 to September 1, 2022), navigating from an adventure sidecar rig that was customized onto a BMW R1200GS Adventure bike just for him.

If you have been injured in a motorcycle accident, do not hesitate to get legal help. McNabola & Associates, LLC will provide a free consultation and explain your legal options to help you make an informed decision about your future. As a small boutique firm, we will give your case the attention it deserves and allow you to focus on recovery.

Contact our Chicago motorcycle accident lawyers today to begin your journey to compensation and recovery. Call (312) 888-8700.